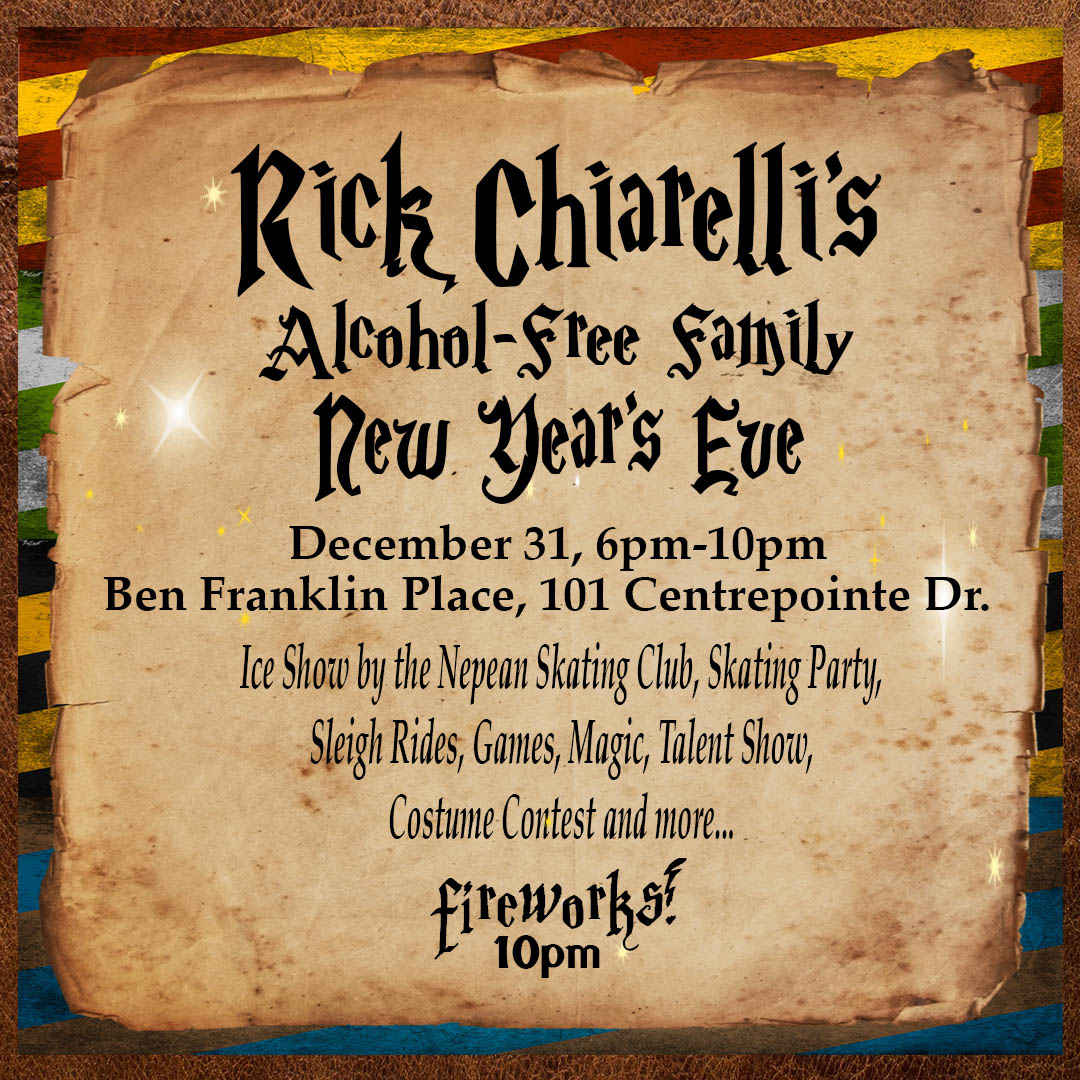 Come join Rick and his family celebrating the end of 2017 and the beginning of 2018 in a family-friendly environment that finishes off with an amazing fireworks show at 10 pm.

The event starts with a skating show by the Nepean Skating Club at 6 pm outside on the rink. Then adults and children alike can enjoy activities all around Ben Franklin Place - inside and out. Stay outside and skate on the refrigerated rink while listening to tunes played by Boom 99.7, ride the Giant Tiger train or enjoy the sleigh rides. Come inside to warm up while trying some games, colouring some new year's pictures, going on the bouncy castle, getting your face painted, having something to eat or drinking some hot chocolate. And don't forget to watch the Talent Showcase as well as the magicians, the singers, the harpists and the jugglers. Be on the lookout for a big guy named Hagrid and witches and wizards from different domains who will be taking part in the fun as well.

The Alcohol-Free New Year's Eve began when Nepean was still its own city. It was an anti-drinking and driving initiative organized by the Committee Against Impaired Driving chaired by Councillor Rick Chiarelli. Rick and his family have been organizing it for more than 25 years. The event has grown and now many people who used to come here as children are enjoying the fun with their own families.

Wear a costume if you like! Join us at the Alcohol-Free New Year's Eve - an annual event that has been voted the "#1 place to be on New Year's Eve" by viewers of CTV news.